Fun Things To Do In The Red River Gorge

Both the experienced hiker and casual day-tripper flock to the Daniel Boone National Forest to take advantage of its rugged terrain, scenic views, and natural beauty. 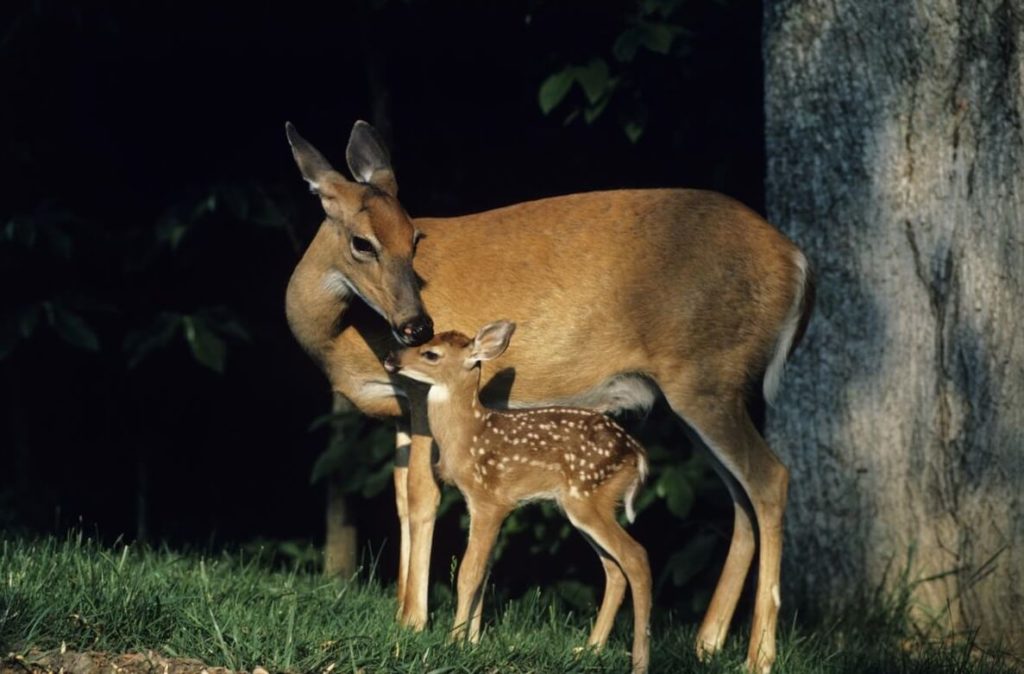 It’s been years since Daniel Boone trekked through the forest that would later become named after him, but much of the natural terrain and species of wildlife still exist to this day.

Birds, mammals, reptiles, and amphibians of all sorts can be found in the forest. Endangered species like the bald eagle and osprey call the forest home.

Common critters found in the forest include white-tailed deer, a variety of squirrels, red and gray foxes, quail, rabbits, mink, muskrats, and raccoons.

To observe many of these animals visit the Pioneer Weapons Hunting Area (don’t worry, the name of the place doesn’t mean these animals will be gunned down by hunters while vegans look on – instead, modern hunting weapons are not allowed in the area so that wildlife can gather in abundance).

However, hunters are allowed to use longbows, crossbows, shotguns, pistols, and muzzle-loading rifles to hunt in the area. 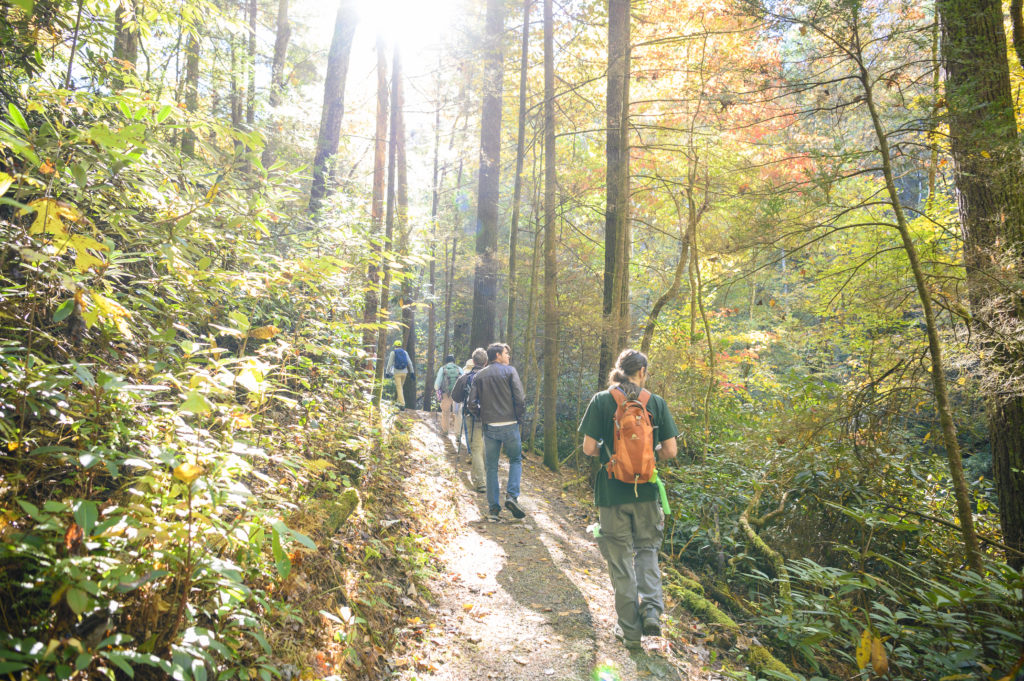 With more than 500 miles of developed trails, the Daniel Boone National Forest offers ample opportunities for visitors of all skill levels and interests. Scaling cliff surfaces and rappelling off the face of a mountain isn’t necessary when exploring the forest.

The Sheltowee Trace National Recreational Trails allows for visitors to explore the entirety of the forest. It runs 254 miles from the northern tip of the forest throughout all kinds of terrain including through canyons, over mountaintops, along river and lakes, and past many cliffs.

Developed recreational areas can be found along the trail so that hikers have the option of camping in the forest with the convenience of modern facilities.

Another popular trail is the Natural Arch Trail. This is located in the Somerset District and features a 60 by 100-foot sandstone opening. Then there is the Nathan McClure Trail, which takes hikers on a scenic walk along Lake Cumberland. There are several other trails in the Daniel Boone National Forest that appeal to everyone from families to die-hard hikers. 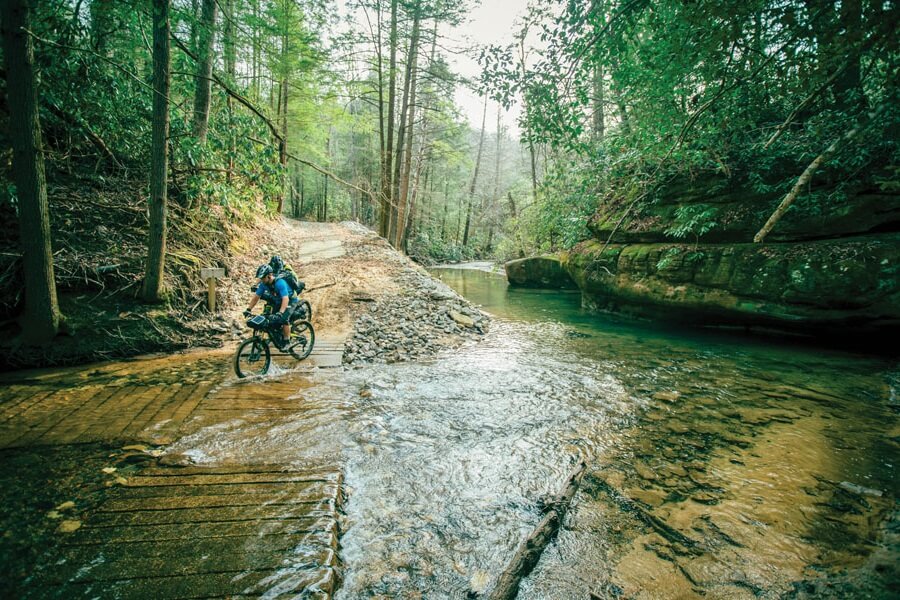 Riding a bicycle along State Highways 77 and 715, which go through the Red River Gorge Geological Area, provides one of the best ways to view this portion of the forest.

The Red River Gorge Geological Area is unique in that it is an area that transitions from the northern and southern ecosystems.

Bikers can also go along the Sheltowe Trace from Hwy 192 to Laurel Lake Dam, which his just a nine-mile trip one-way.

Some off-road trails include the Ned Branch Trail and Lakeside South Loop. These trails, when combined with the Twin Branch Trail, make up a seven-mile loop. The trail goes through the forest and features some stretches along the cliff-line.

Off-road trails on logging roads aren’t promoted by the Daniel Boone National Forest but do offer some extreme riding for experienced cyclists. 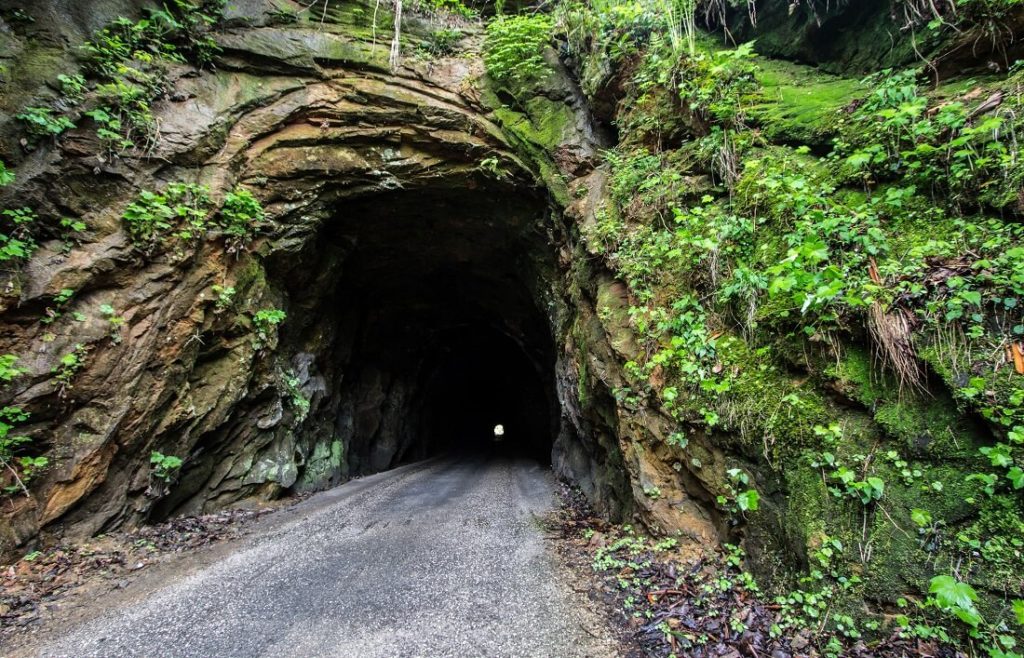 Sometimes walking and cycling is just a little too much for people; thankfully, driving through Daniel Boone National Forest provides an incredible way to see the forest without having to do anything strenuous.

Zilpo Road runs nine miles through the forest near Cave Run Lake and the Zilpo Recreation Area. The Clear Creek Recreation Area and Pioneer Weapons Hunting Area are popular stops along the route.

Another drive along US Route 27 from Somerset to Stearns offers views of Lake Cumberland and even a picnic at the state’s only island park located at General Burnside State Park.

Once in Stearns, Big South Fork Scenic Railway offers visitors an 11-mile trek down an old railway. There’s even a recreated mining town that looks like it came right out of the 1930s.

Where to Stay in Daniel Boone National Forest 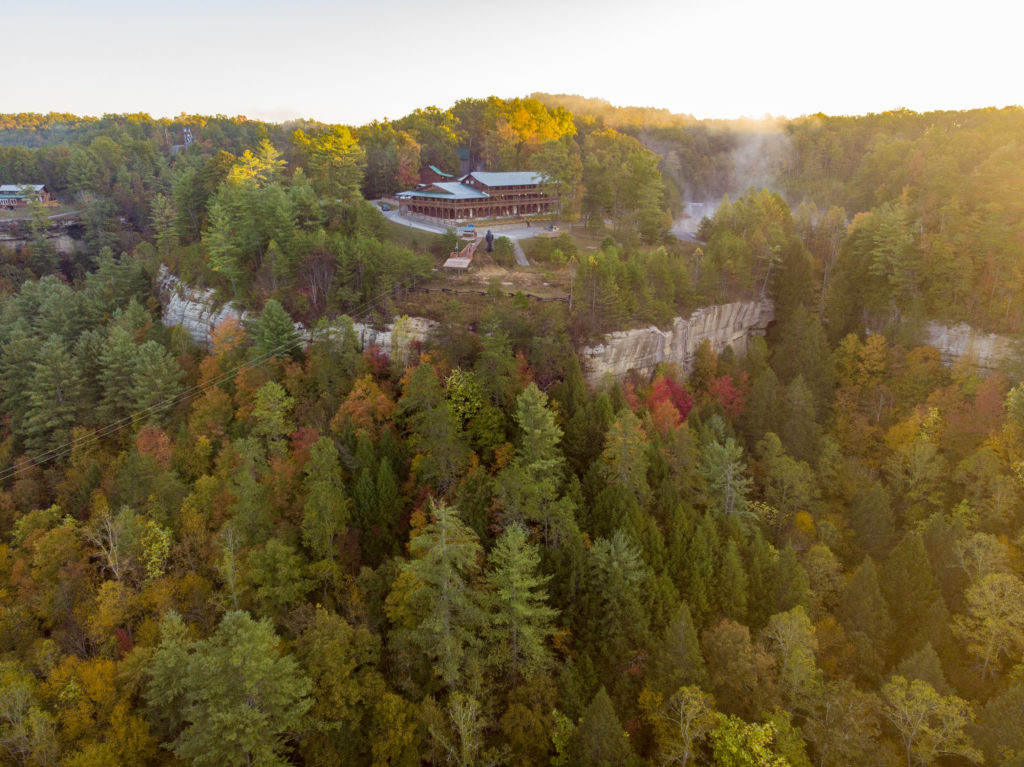 If you’re in the mood to “rough it” a bit, Whittleton Campground in Natural Bridge State Resort Park has a number of primitive tent sites available.

If you’re not the type to sleep on the ground but still prefer to camp, then Middle Fork Campground (also in Natural Bridge State Park) has a few dozen pull-through camping sites with electrical hookups so you can live comfortably in your RV or pull-behind camper.

The National Forest has a healthy number of private cabins you can rent. However, our favorites are the cabins right here at Cliffview. From our 16-bedroom Lodge to our 11-bedroom Retreat, our rental cabins are great for groups. We also rent the Lodge by the room.

Ready to Enjoy a Vacation to The Red River Gorge?