Fun Things To Do In The Red River Gorge

One of Kentucky’s most visited natural areas is the Red River Gorge in Daniel Boone National Forest. The area is known for its sandstone cliffs, rock formations, and natural stone arches. Close to Louisville and Lexington, KY. 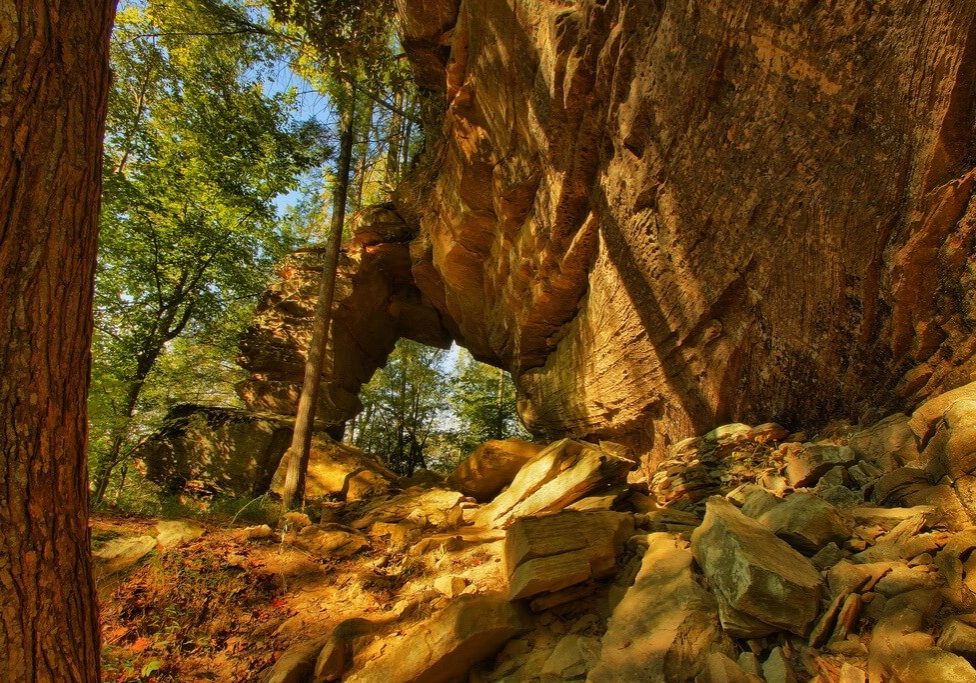 East of the Rocky Mountains, the Red River Gorge Geological Area has the greatest concentration of arches. The arches were formed more than 300 million years ago. In fact, Suzanna’s Arch is right on Cliffview Resort property.

The arches were formed from sediment, sand, and pebbles that eroded from ancient mountains in the area that eroded and were carried through waterways and deposited as a delta at the edge of a shallow body of water that covered much of North America millions of years ago.

As the years went by and the mountains wore down, the sediments turned to rock and the inland sea receded. Streams then cut through the layers of sedimentary rock, which began the sculpting of the sandstone cliffs. 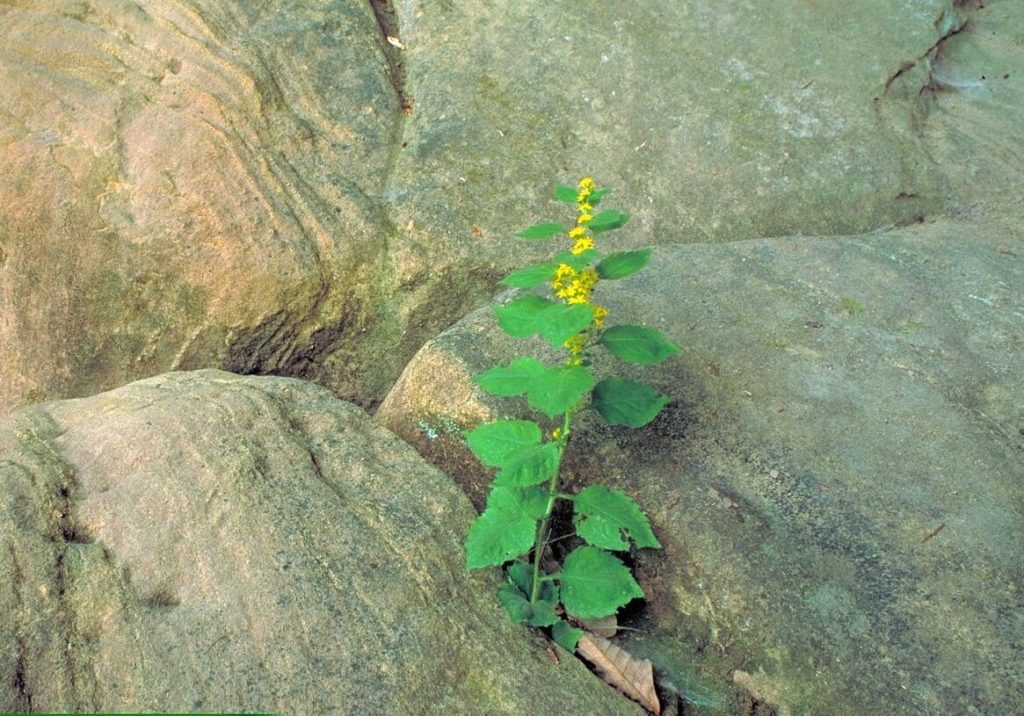 The Red River Gorge is in an area that many different species of plants and animals call home thanks to the varying habitats.

Oak and pine forests live along the mountaintops and various other trees live in the moist coves of the valleys.

Micro-climates exist under the cliffs and rock shelters that form at the base of sandstone cliffs, which benefits the many plants and animals in the area that depend upon these areas for shelter.

For instance, bats live in the dark crevices created by the rock shelters. They use this space for feeding, resting and rearing their young.

The Red River Gorge is also home to the white-haired goldenrod, which is a threatened species. This unique plant is found only in the rock shelters and cliffs of the Red River Gorge and nowhere else in the world. 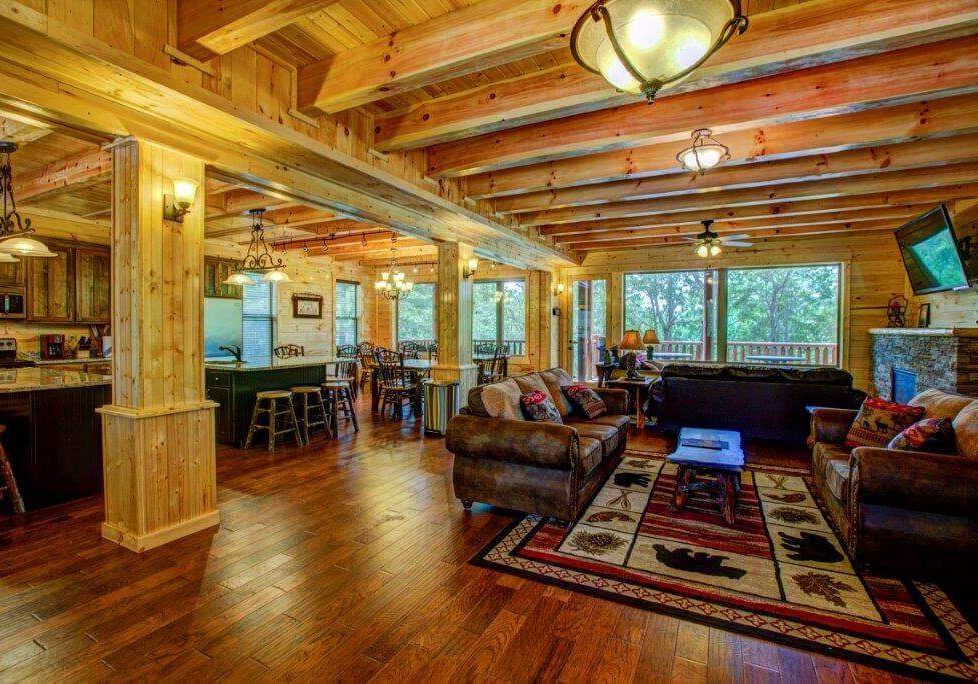 However, for those visitors who want to make the most of their visit to the Geological Area, there are more upscale options available.

Of course, the best option here (in our opinion) is Cliffview. At the Cliffview, guests have four different lodging options.

Guests can rent one of the large cabins, The Retreat (11 bedrooms) and The Lakeside (12 bedrooms) that are perfect for groups.

Alternatively, guests can stay at the Cliffview Lodge by either renting out all 16 bedrooms at the Lodge or just booking a Lodge guest room overnight in the cabin. 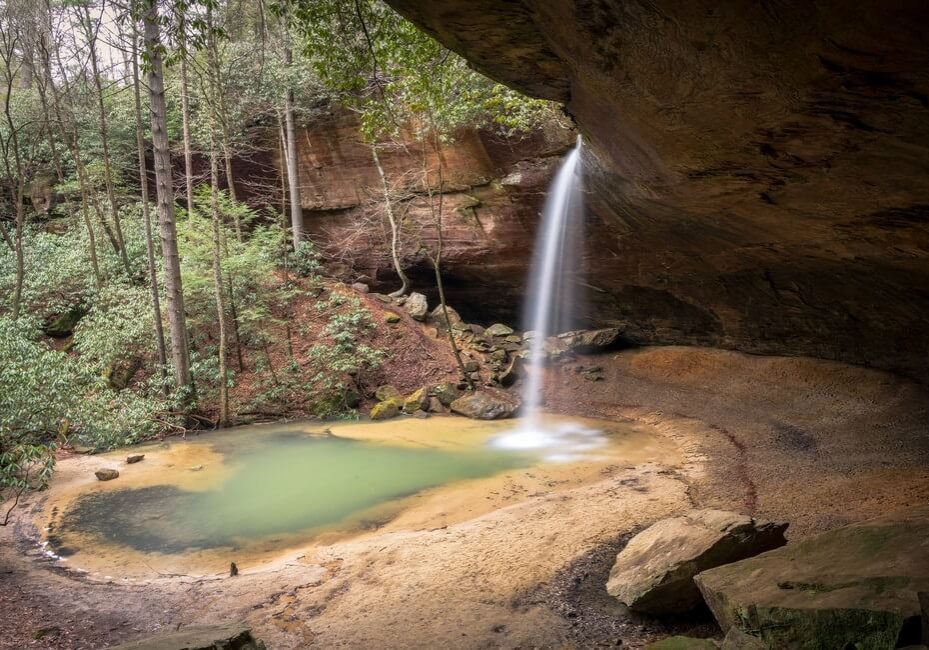 Paleo-Indians were among the first humans to discover the Red River Gorge. These people came around about 13,000 years ago during a time when glaciers covered much of the northern part of the country. They hunted wooly mammoths and mastodons along with many of the other animals found in abundance in Kentucky.

It is thought that these people along with other prehistoric people lived in the rock shelters of the Red River Gorge, which provided ample shelter so that they could have a place to rest after busy days of hunting.

In addition to hunting and fishing in the area, prehistoric people were able to feed on the various nuts, seeds, berries, fruits, fungi and plants that still grow in and around the rock shelters.

Because of the evidence left behind by these people, the Red River Gorge, Indian Creek area, and Clifty Wilderness were all designated as a National Archaeological District and placed on the National Register of Historic Places.

Other Notes About the Red River Gorge

The Red River – A section of the Red River was designated in 1973 as a Kentucky Wild River. This portion of the river is upstream from Copperas Creek. In 1985, Congress named this same portion a National Wild River. The Red River’s upper stretches flow over boulders through a narrow gorge lined by cliffs and overhanging rock ledges, mature trees, and thickets of flowers.

Gladie Cultural-Environmental Learning Center – The learning center offers many exhibits that are both informative and interesting to visitors. The cultural heritage of the river – along with its many resources – is highlighted at the learning center. Visitors are able to visit the center to take a rest, ask questions, and learn about the Red River Gorge. Maps, passes, souvenirs and books are available for purchase at the center. The center is open from spring through the fall.

Gladie Cabin – The Gladie Historic Site offers a restored log cabin that dates back to the late 19th century when it was used as a post office.

Nada Tunnel – KY 77 offers the 900-foot Nada Tunnel which provides a unique way to enter the Red River Gorge. The tunnel is just 12′ by 13′ in size and open to one-lane traffic only. The tunnel was built by the Dana Lumber Company and named for a long-gone logging town (Nada, KY). It was built so that the logging company could haul logs out of the gorge by railroad. The tunnel is listed on the National Register of Historic Places.

Koomer Ridge Campground – This campground offer camping that is described as semi-primitive. There are 54 sites available for tents and trailer camping (no hookups), toilets, bathhouse, drinking water, lantern posts, grills, and picnic tables. All sites are on a first-come, first-serve basis. The campground operates from April to October. Parts of the campground are open year round, but the bathhouse closes and no water is available during the offseason.

Clifty Wilderness – U.S. Congress passed the Kentucky Wilderness Act in 1985, which designated almost half of the geological area of the Red River Gorge as Clifty Wilderness. These lands are managed by the Forest Service so that they retain its natural and rugged terrain. Hikers like this area because of its many physical challenges and because of its ample solitude. There are no modern facilities in the area and few signs, so a good map along with solid backcountry skills are necessary for anyone hiking in the area.

Ready to Enjoy a Vacation to The Red River Gorge?